I am Ken McCracken the mechanical engineer on the AGWS project.  I have been to LCO about ten times since 2008 primarily to support the MMIRS instrument. Other than the 24 hours of travel time it takes to get here I can’t think of a better place to work given the exceptional facility and accommodating staff. I may retract that statement if I get stuck here over Christmas because of the airport worker strike but at the moment I’m being hopeful.

Here is some background on this blog’s title. This past spring we moved MMIRS from LCO to the MMT. Since Mt Hopkins is likely a more humid environment than LCO I was asked to work on a task for the MMIRS instrument that involved adding external surface heaters to the instrument. MMIRS is an LN2-cooled instrument and its surface temperature is typically just below ambient temperature giving it the potential for condensation. The new heaters are intended to raise the surface temperature to the ambient minimizing the condensation potential and the problems condensation can create for electronics and electrical connections.

About the same time I was given this task I saw an ad online for a low-cost IR camera that you could plug into your phone. The FLIR One comes in two versions; android and iphone. Since I am the only one in the group with an android phone this meant that I and I alone could use the new IR camera.  🙂   Yes it will be a very useful tool for this MMIRS task in checking surface heater attachment, power distribution and ultimately the surface temperature, but also by selecting the android version this meant that Derek Kopon could not borrow it for his home improvement projects.  He’d have to hire me as a consultant to evaluate his need for new windows and additional insulation. (See what you get for making my blog user name theCRACKEN!)  So after two or three justification emails to the MMIRS administrator and the PI Brian McLeod the purchase was authorized. The camera was to be delivered in early to mid September – just in time for the planned trip to the MMT to install the heaters.

Unfortunately the camera arrived at the end of November much too late for the MMIRS trip. While the IR camera did not have any planned use for the AGWS Prototype trip I brought it to try it out and it has produced some very cool images I hope you will enjoy. The camera comes with nine different color contrasting schemes to display temperature gradients.

Here is my version of the Clay Telescope in an Andy Warhol Marilyn Monroe style: 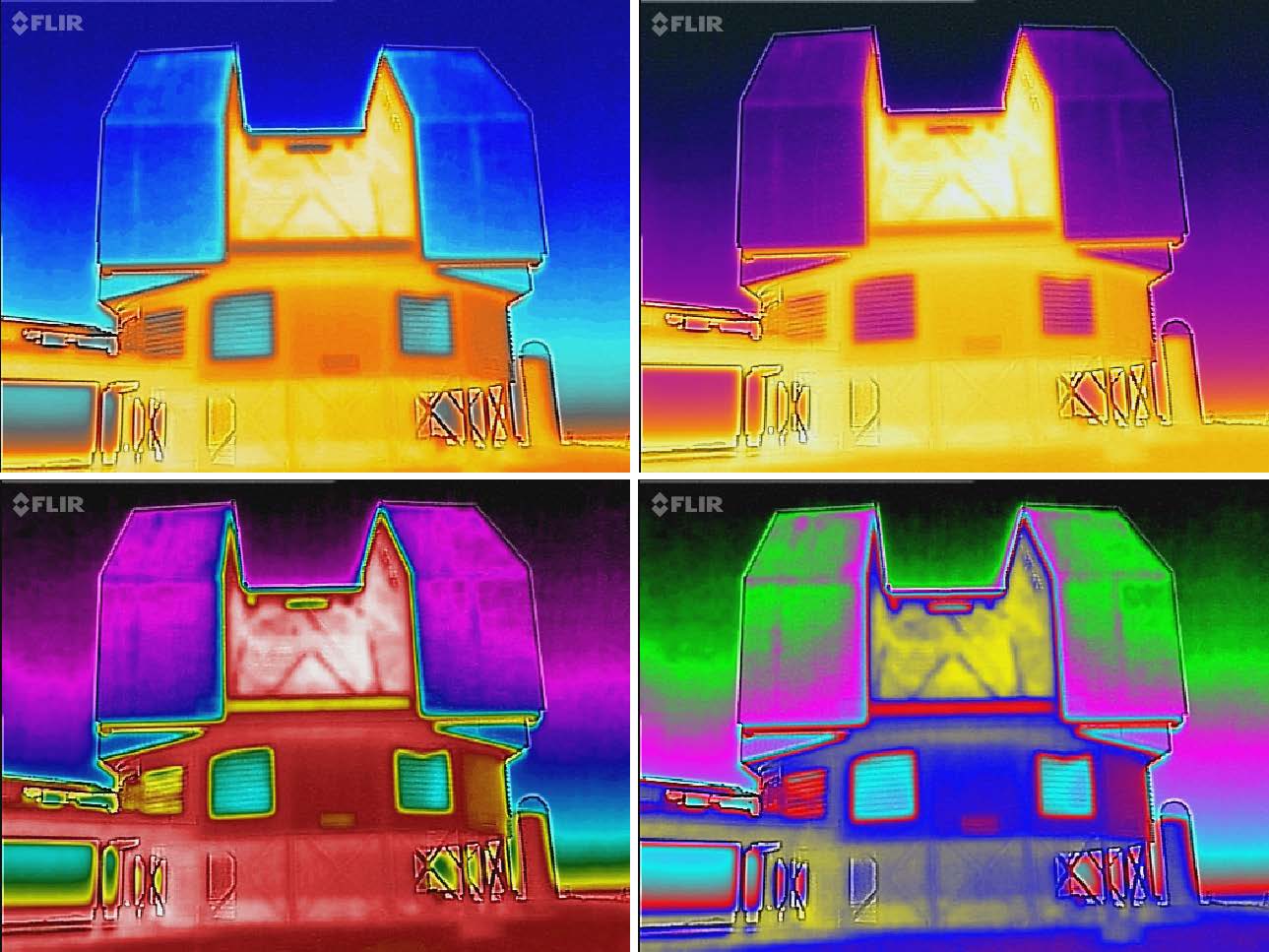 I think some of the best shots are of the gravel on the ground outside the telescopes: 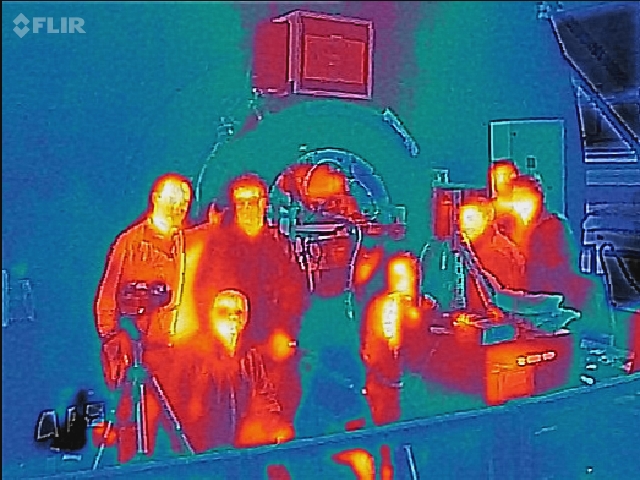 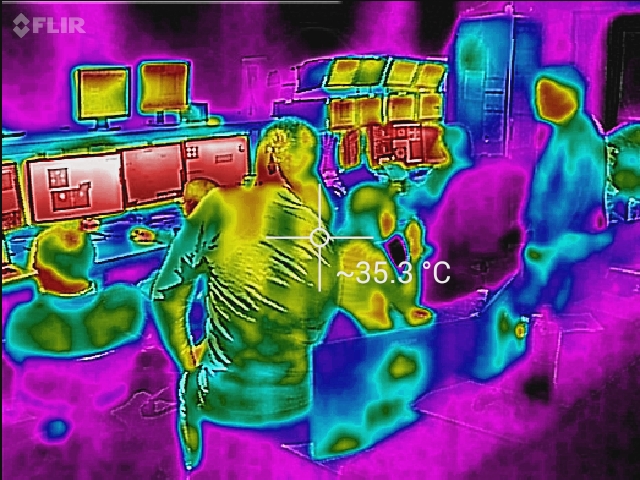 Thanks for the opportunity to contribute to your blog. And to get some digs in on Derek. 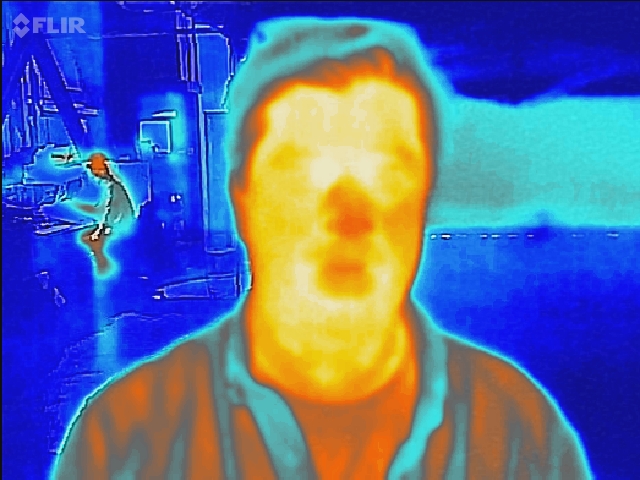 Finally to fulfill my blog music requirement and given last night the selection was “Stardust” by Lester Young I thought of the lyrics in Joni Mitchell’s song “Woodstock”.  “We are stardust, We are golden,…”