The MagAO instrument team is headed up by Laird Close, PI, of the University of Arizona. Other team members are Jared Males, Katie Morzinski, Phil Hinz, Simone Esposito, Armando Riccardi, Alfio Puglisi, Marco Xompero, and Runa Briguglio of Arcetri Observatory, Florence, and Alan Uomoto and Tyson Hare of Carnegie Observatories. Below is a little more information about the team. 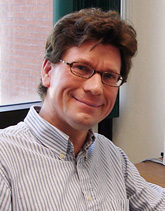 Laird specializes in novel astronomical observations utilizing new adaptive optics instrumentation. He is utilizing adaptive optics (which removes the blurring effects of the Earth’s atmosphere) to study at very high resolution: low-mass stars, brown dwarfs, and extrasolar planets. As well he is interested in massive old AGB stars, young stars in the process of forming, & solar system objects like Titan and binary asteroids. He has been involved in the development of several adaptive optics systems and special high-contrast high resolution infrared cameras. He is the head scientist (PI) of the Magellan Adaptive Secondary AO system in Chile.
Lairds’s blog posts 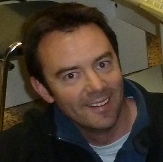 Jared is an Assistant Astronomer at Steward Observatory. He received his Ph.D. from Arizona in August, 2013, working on MagAO and VisAO. His research is focused on using AO to image extrasolar planets, both in the thermal infrared and in the visible. Before coming to Steward Observatory, Jared served in the US Navy as a submarine officer, and later worked at the Johns Hopkins University Applied Physics Laboratory as a project manager and analyst.
Jared’s blog posts 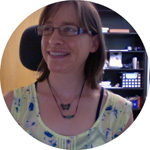 Dr. Katie Morzinski
Katie is an Assistant Astronomer who has arrived at CAAO from the CfAO at UC-Santa Cruz, and is now on the MagAO team for testing, commissioning, and observing.  She is interested in studying the properties of directly-imaged exoplanets at the multiple O/IR wavelengths afforded by VisAO, Clio, and MIRAC.  Her background is well-suited to the needs of MagAO, with high-contrast AO observing experience including LOCI imaging at Keck Observatory, lab experience qualifying MEMS deformable mirrors for the Gemini Planet Imager, and instrument experience commissioning and understanding the error budget of the “Villages” visible-light MEMS-based AO system at Lick Observatory. She is now the Clio PI.
Katie’s blog posts.

Amali Vaz works at the LBTI and has also come to Magellan to help operate AO.

Victor Gasho was the Program Manager for the Magellan AO Project until 2013, but he as since moved up in the world. Victor has worked on a variety of large telescope projects. He has managed several groups, including the North American ALMA Antenna Group and the Adaptive Optics portion of the GMT Conceptual Design Review. At the University of Arizona, he has worked on the following projects: GMT Primary Mirror Metrology Systems, LBT Laser Guidestar System (ARGOS), LBT Adaptive Secondary handling, LBT Dynamic Balancing System, and other telescope system instrumentation projects. His main interests are keeping this project within budget and on schedule.

Jason is a recent graduate of the University of Arizona with a BS in Aerospace Engineering. While obtaining his degree, he worked for the Steward Observatory Mirror Lab (SOML) as a student engineer. It was at the SOML that he became interested in optics and telescopes. At graduation (May, 2010) Jason joined our group to assist in the engineering and fabrication of the Magellan Adaptive Optics system, with the development of the wave front sensor, and handling of the AO secondary. 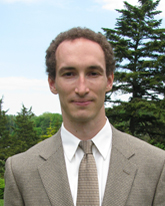 Derek was awarded his PhD from UA for his thesis on the optical design of the Magellan VisAO camera. Prior to coming to UA, Derek worked for four years as an optical systems engineer with L3 Communications where he helped build several NASA and DoD space systems, including JWST, SIM, and WISE.
Derek’s blog posts 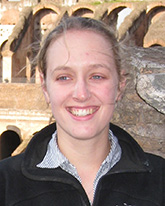 Dr. Kate Follette
Kate is an assistant professor at Amherst interested in protoplanetary disks, particularly disk chemistry and its implications for the formation of planets. When she was a grad student member of the VisAO science team, she developed the science cases for VisAO instruments.
Kate’s blog posts 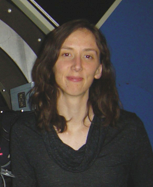 Vanessa is a scientist at JPL. She is specializing in adaptive optics instrumentation and high contrast imaging of exoplanets. Scientifically, she is interested in using AO observations to study the connection between giant exoplanets and debris disk morphology. As part of the MagAO team, she was one of the instrument scientists for Clio.
Vanessa’s blog posts. 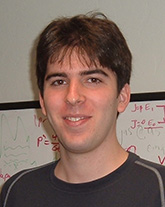 T.J. received his PhD from the University of Arizona in August 2013, where he worked for Phil Hinz on high-contrast imaging and modeling of exoplanets and debris disks.
T.J.’s blog posts. 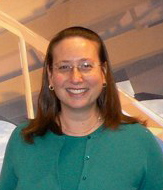 Alycia is a staff scientist at the Carnegie Institution for Science’s Department of Terrestrial Magnetism in Washington, DC. She mainly studies circumstellar disks and young stars with a little planet hunting thrown in. She wants to understand how planets and disks interact to form the amazing diversity of planetary systems.
Alycia’s blog posts.

Ya-Lin is a 51 Peg b postdoc fellow interested in exoplanets, brown dwarfs, and adaptive optics. He was a member of the MagAO team as a grad student.