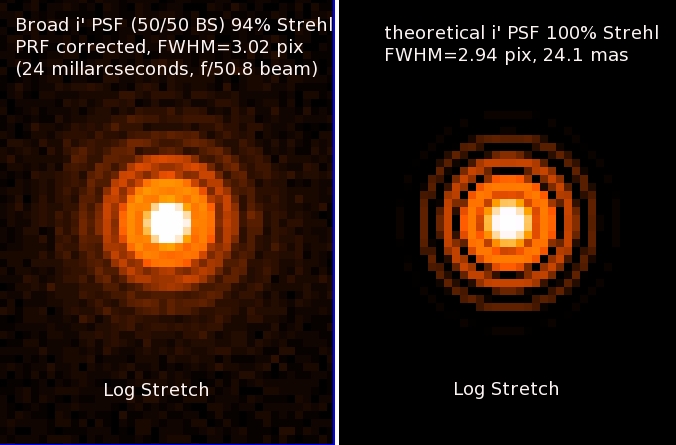 After completing our work with the laser, we switched to a white light source to test the camera’s performance in broad band filters. This is our PSF in the Sloan Digitial Sky Survey (SDSS) i’ filter (a nice set of filter curves is here), which passes light from roughly 0.684 to 0.840 microns. A theoretical Airy pattern is shown for comparison, and Laird calculates our Strehl ratio as 94% – meaning that our optics are very good.

This image is taken without the ADC in the beam. In the laboratory, without the dispersion of an atmosphere to act against it, the residual chromatism of the ADC would slightly degrade the image quality of a broadband source (see Kopon 2008). This “zenith spike” effect was predicted and does not manifest itself on-sky.