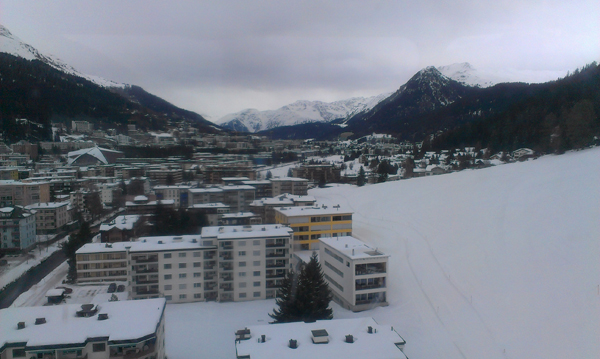 I just got back to sunny, 80-degree Tucson, Arizona from a snowy, 30-degree exotic climate, at the Exoclimes III conference in Davos, Switzerland. 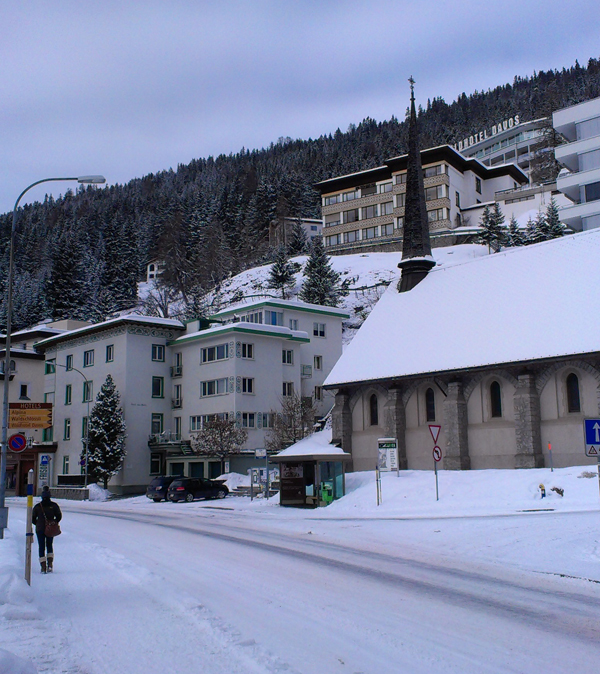 This conference was a meeting of solar and extrasolar planetary scientists to discuss the latest research on planetary interiors, atmospheres, weather, climates, energy budgets, variability, etc. Of course, for bodies like Earth and Venus the talks were more on the weather and climate side, whereas for bodies like HD 189733 b and Luhman-16 B, the talks were more on the energy budget and variability side [links are to PDFs of some example talks]. But it was really impressive to see these fields coming together, and to think about linking what we know about the Solar System planets and moons to extrasolar worlds. 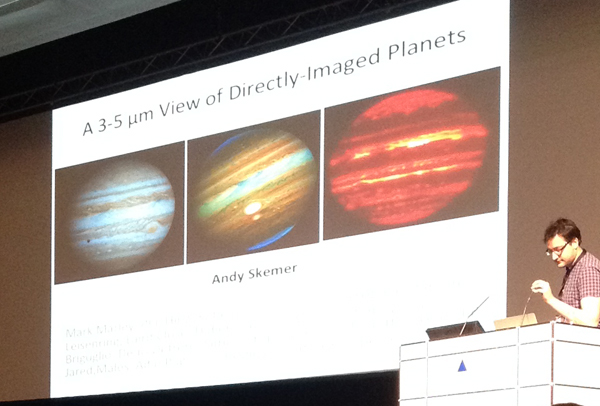 Because a lot of the talks earlier in the week had been about transit spectroscopy of close-in hot jupiters and neptunes, Andy did a little compare-and-contrast for transiting planets vs directly imaged planets: 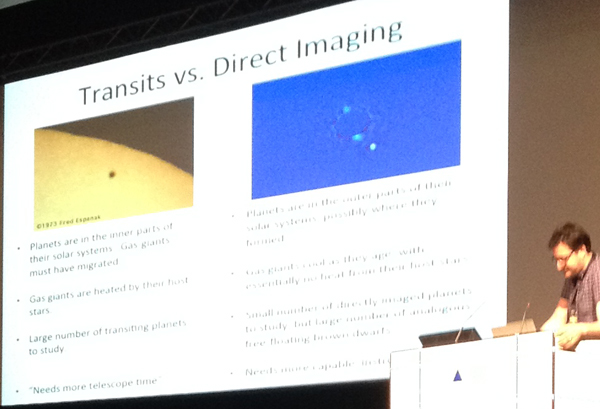 He noted that most of the transit-spectroscopy talks concluded with “Needs more telescope time,” whereas for direct imaging, we “need more capable instruments”. That is, direct imaging is still very much technology-limited, and it is the next generation of AO instruments that are finally enabling us to image these challenging planets. (Direct imaging is also physics-limited, in a way, because if there were earths and jupiters all over the place, then at least some of them would be easier to observe!)

This is where MagAO comes in. It is the first adaptive-secondary AO system in the southern hemisphere, and has an extremely functional pyramid wavefront sensor than enables us to get down to ~130 nm rms WFE. We can image from 600 nm to 5 microns with our two science cameras, VisAO and Clio2. Andy works with MagAO’s older sister, the LBT adaptive optics system, and to emphasize the state-of-the-art AO systems we have, he showed Simone Esposito’s classic PSF from SPIE 2010 San Diego: 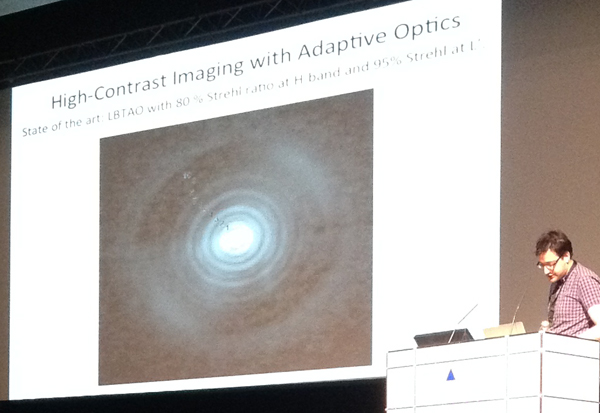 And here are Runa Briguglio and Armando Riccardi with one of the LBT adaptive secondary mirrors: 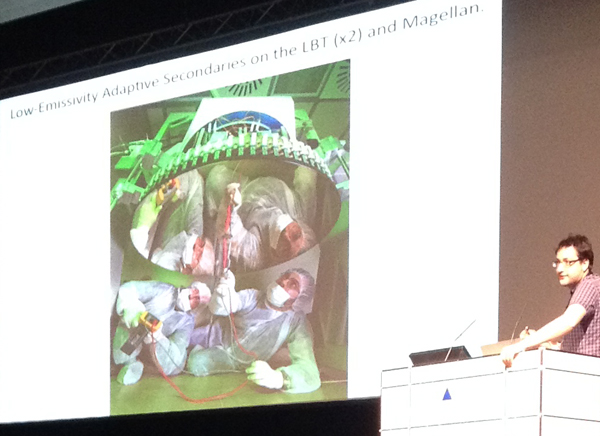 Andy talked about the work he’s done imaging extrasolar planets HR 8799 bcde and 2MASS 1207 b with LBTAO and MagAO — here are some of his images from LBT and MagAO:

While we are as-yet still at the handful-of-planets level, direct imaging is rapidly advancing, and MagAO has a unique role to play. It was exciting to see all the work being done by Solar System planetary scientists and transit-spectroscopists, and to see how important high-contrast AO systems like MagAO are to complete the picture we have of extrasolar worlds.

I had a poster presentation showing MagAO first-light images of the exoplanet Beta Pictoris b. Jared submitted his paper and mine will be coming soon, and there are figures here from both papers: 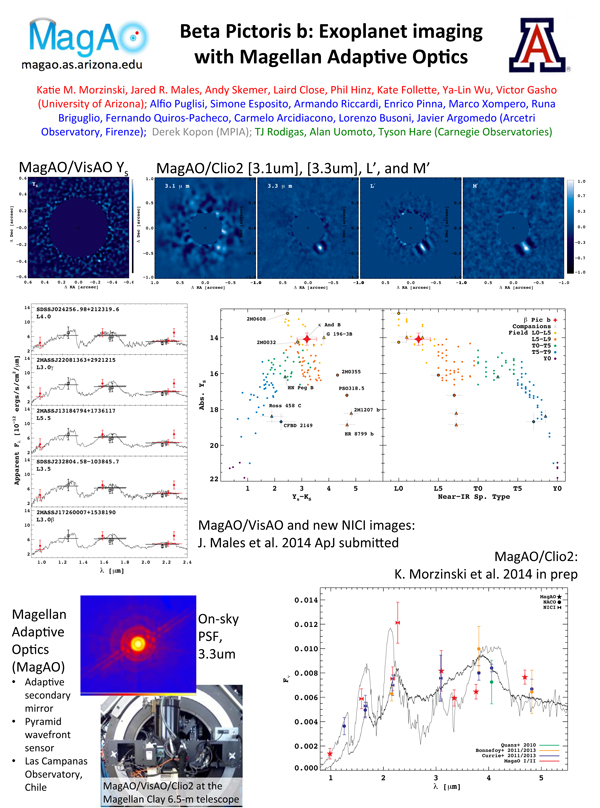 What we’re finding is that Beta Pic b fits in very well with the brown dwarf sequence for early L’s, whereas the other directly imaged planets HR 8799 bcde and 2MASS 1207 b seem to be an extension of the L sequence. The flux is depressed at 3.3um at L’ according to my MagAO/Clio2 data, and I have the smallest M’ error bars yet. Trying a range of models, we can fit the NIR okay, but are having difficulties with the 3-4um region. The conference was a great showcase for this type of work, because as we are obtaining more data, we are also modeling more complexity in atmospheres, including low-gravity objects like Beta Pic b that has different cloud properties than those previously modeled in field brown dwarfs.

The conference had long lunches (and picked up again in the evening), and towards the end of the week, we direct imagers (Andy, Mike Liu, and I) went on a ski outing during one of these. Here is the ski lift on the bunny hill, and a tram we took later to see the top of the Alps (the serious skiing is up there). 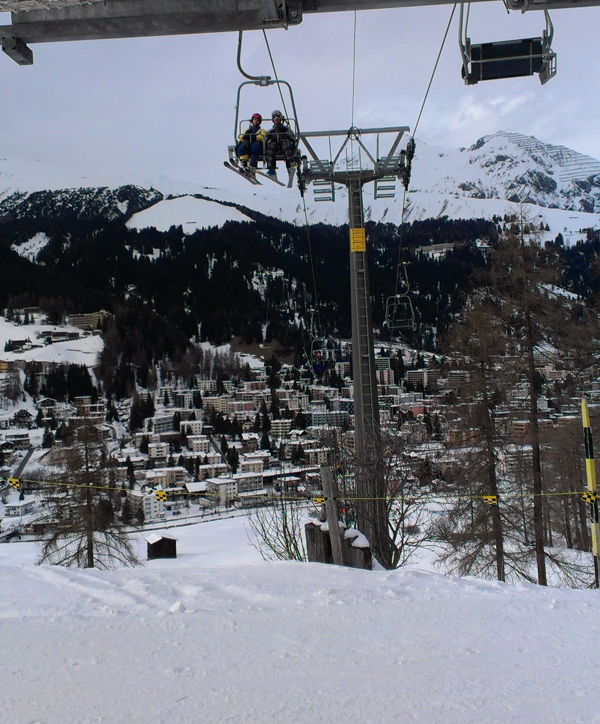 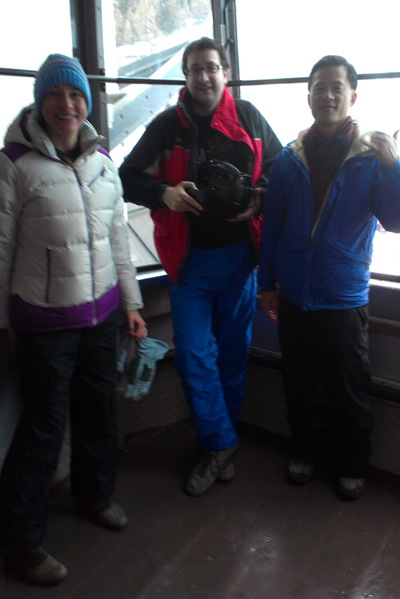 Since we live in Tucson where it’s 80 degrees in February, Andy and I were wearing a lot of borrowed gear: 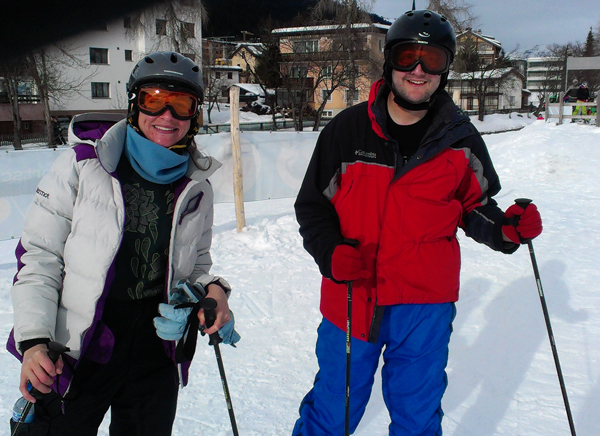 We stuck to the bunny hill: 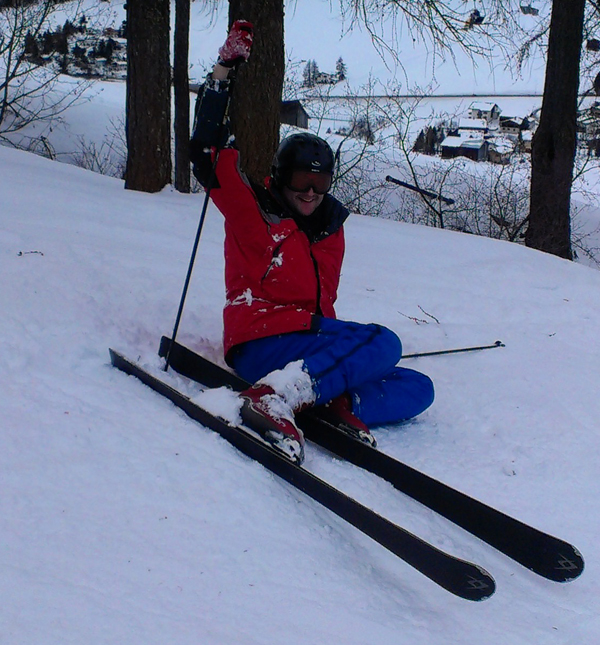 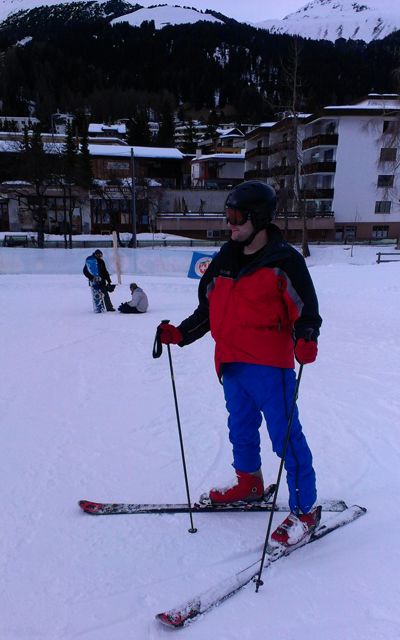 Quote of the day: “It’s like there’s no friction!” –Andy 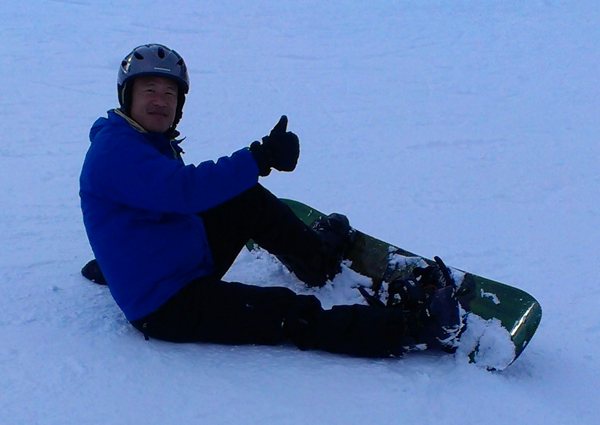 Mike snowboarded from the rope tow. 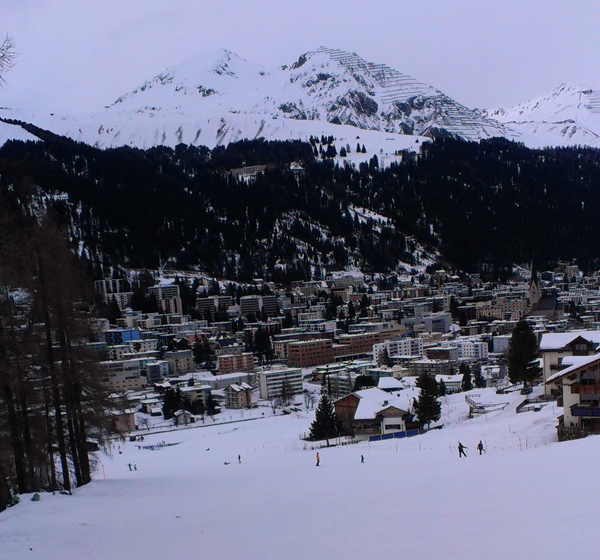 Anyway, it was a great conference, and I look forward to the next one!