Today was a bit rough, with high winds and heavy cloud cover. But… through the clouds… a beacon of light. Specifically a kick-a** high resolution AO-corrected PSF without the ever-present wind butterfly because… [drumroll] the MagAO adaptive secondary mirror is now officially deforming to correct for the atmosphere at 2000 times per second, twice as fast as before.

Check out the images below, which clearly show the improvement from running at 1kHz (left) to running at 2kHz (right). Despite poorer conditions, the 0.9 micron MagAO 2K image has a Strehl ratio of 50%!

Congratulations to everyone, but especially Jared, who is already moving on to thinking about the next big exciting MagAO upgrade now that this one is a success. 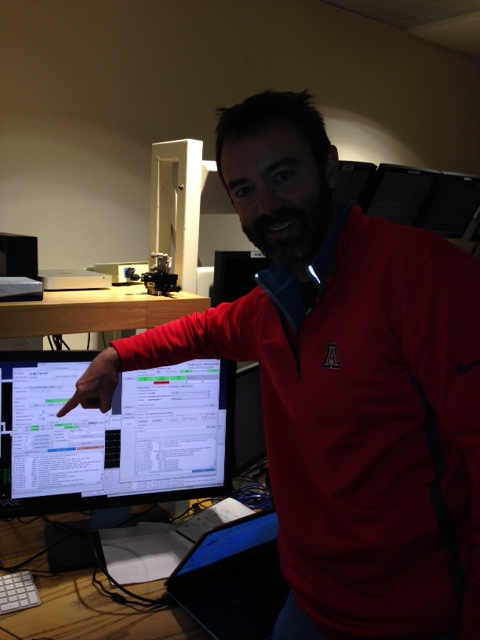 And in honor of Alfio leaving tonight … one of the few Italian songs that I know, and one that seems appropriate in light of his AO prowess… L’ombra del Gigante (the Shadow of the Giant).