Hi all you MagAO fans, last night we had some excitement (which as long time readers of the blog know — that means something broke). After a fairly routine night we had just settled into a nice rhythm at around 3AM. Then the telescope rotator decided to stop rotating — which wasn’t a big deal, but then the AO database got a bit confused since it thought we were rotating (but we were not) and odd things started to happen. To clear all this we went to zenith (always a good idea to troubleshoot) and then the ASM started acting very odd. It was fairly clear (after a while) that there were 8 sensors that were well out of range and the shell would not SET or even have it program loaded without going to its panic state (yes that is a thing). This was new for us and totally unrelated to the AO problem we were actually trying to fix. So it was a bit disappointing to try and fix one problem and 3 others pop up…

As you can see above there are a group of bad actuators that are red in color — that means they are jumping around and fooling the ASM mirror into thinking it has a piece of dust trapped under those actuators. So the ASM will not run in that condition. This was new for us and we called in ASM expert Marco Xompero from Arcetri and we located that there was a problem likely with the cable or DSP (like a computer) in ASM crate 4 board 9. We had just spent the last 10 months repairing the ASM so Jared and I had a pretty good idea of where DSP board 9 in crate 4 was. 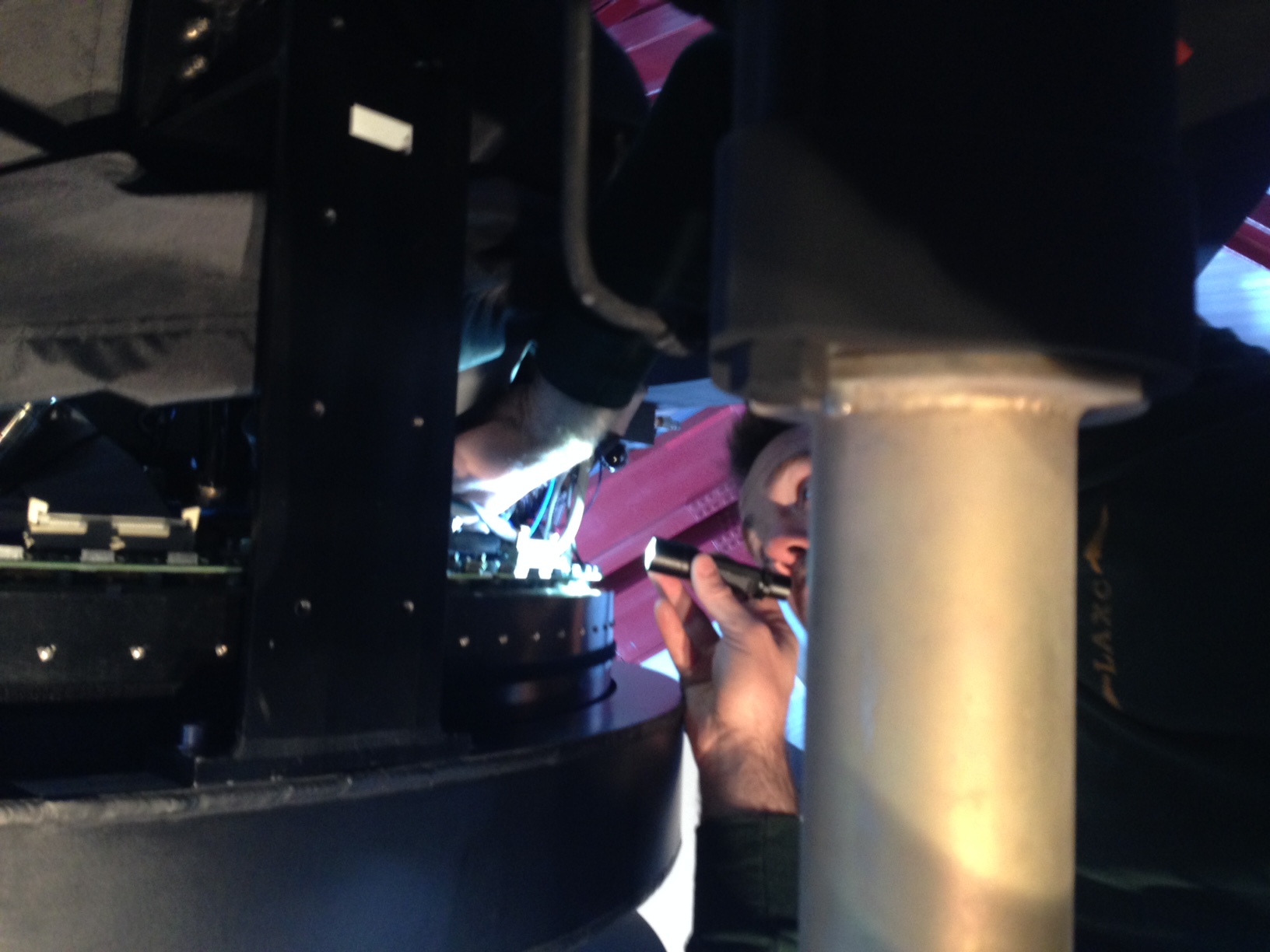 So all we needed to do was wait until the next day and tip the telescope over to 2 degrees above the horizon and position a scissor lift under the ASM and start taking the ASM apart. In the above image you can see Jared doing surgery on the ASM. In the end we found it was not the cable but indeed there was something wrong with the DSP board.

Above you can see our bad DSP board. Once we replaced it with a spare today all was good and the AO was working again… Ya-lin was the AO operator tonight and things went very smoothly.

All and all it was a good fix, and Jared could get back to taking visible images (see below)