As is tradition the PI will finish off the run with the last blog. This run marked our 7th year operating at LCO making great images and science. This run was no exception with great science delivered (despite the many clouds we encountered as winter is definitely coming). I’d like to thank all the LCO staff that did a great hosting us and I’d like to thank all the observers that came out to work with MagAO.

I’d like to show some great photos of the packing up process that was done in just one day (a new record).

Below is the ASM ready to be packed up and driven down to the clean room (where it will wait a year for us to come back — but we will come back).

And the cover gave me goosebumps:)

Yesterday we mounted the SAO’s Giant Magellan Telescope (GMT) dispersed fringe sensor prototype (Proto3 — Brian McLeod’s 3rd version — it keeps getting better). This is a complex set of infrared cameras and optics that mimic 3 of the GMT primary mirrors boundaries. It is basically a 2 slit experiment that interferes light (to make “fringes”) from the edge of each primary (where they almost touch) of the GMT. In this manner we hope to measure if one primary is slightly higher (out of phase in piston) with respect to the other primary — this will be a critical measurement to enable a diffraction-limited GMT in the future.

So that means we turned Magellan/MagAO into just 3 pairs of slits and look at the interference between the pairs. See photo below of the Magellan pupil with these 3 slits pairs superimposed over it.

The fringes produced by the 2 slits are then dispersed in the vertical direction — in this way it can capture/measure up to ~40 microns of piston between GMT segments.

In the photo below you can see the 1.1-1.3 micron (infrared) spectra of the fringes, here MagAO was locked on 300 modes.

So in keeping with tonight’s theme — here is a Fringe song about the TV show of the same name:

Here is a different version:

Today was a long and exciting day for the team.

This afternoon we mounted Clio on the NAS (the telescope + MagAO) and Katie and Phil got Clio cold and working with its brand new computer.

Despite a cloudy start to the night we did open and Jared tested the new 64-bit computers for MagAO, there were a few surprises about how to set the shell with so many bits. Jared figured out the troubles and a work around. We then ran for the rest of the night just fine for MagAO. Marco and Alfio also helped remotely from Italy — thanks guys!

Phil and Katie also debugged much of the brand new Clio software with lots of remote help from Paul Grenz (in Tucson) all night long. Great progress was made.

We did make great diffraction-limited images of Alpha Cen with VisAO in SDI+ mode as well as on Clio. The AO seems to be running great again.

In the afternoon after Clio was mounted I had some time to photograph a wild vizzy bouncing along the rocks — they really can bounce! 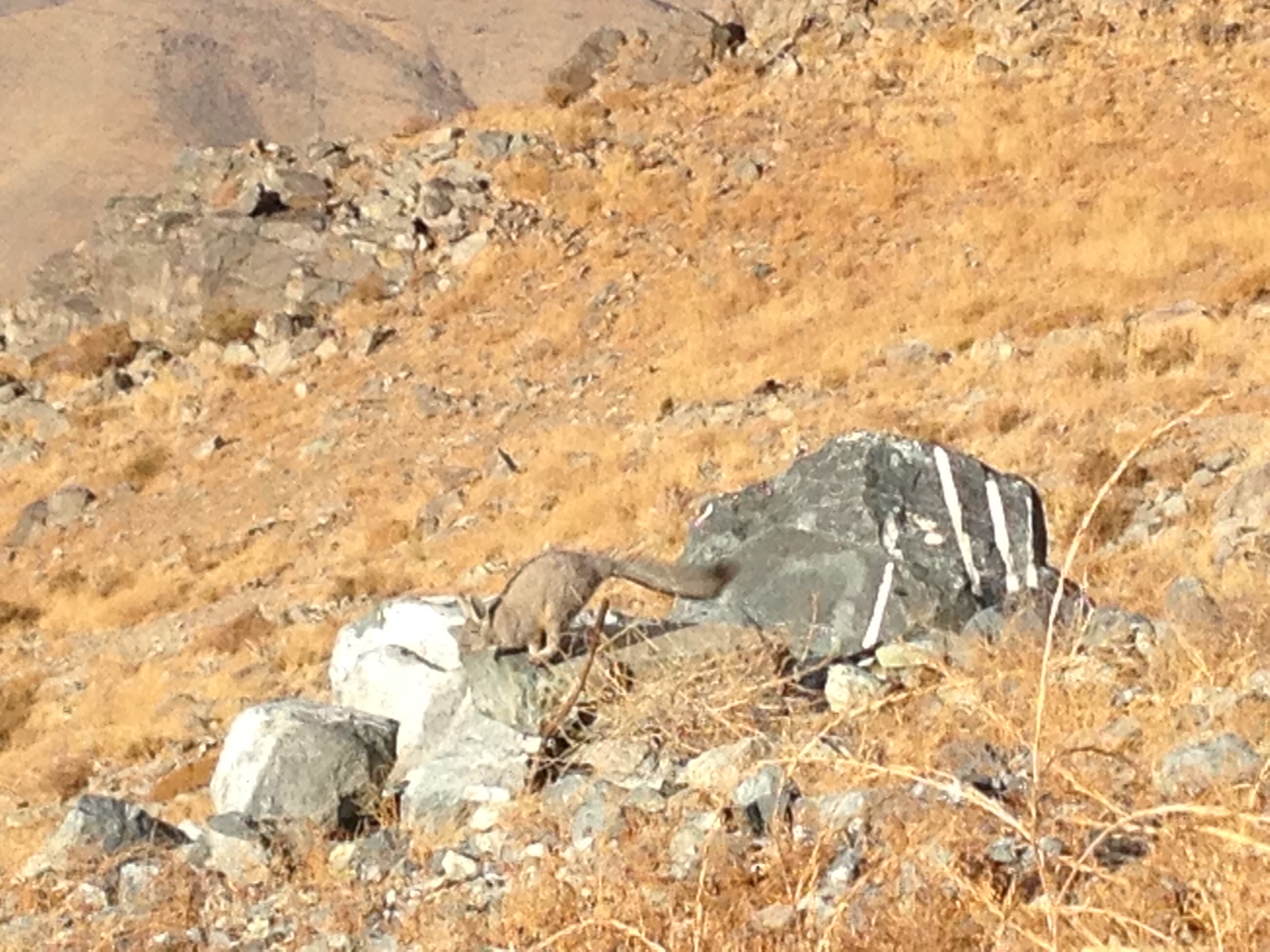 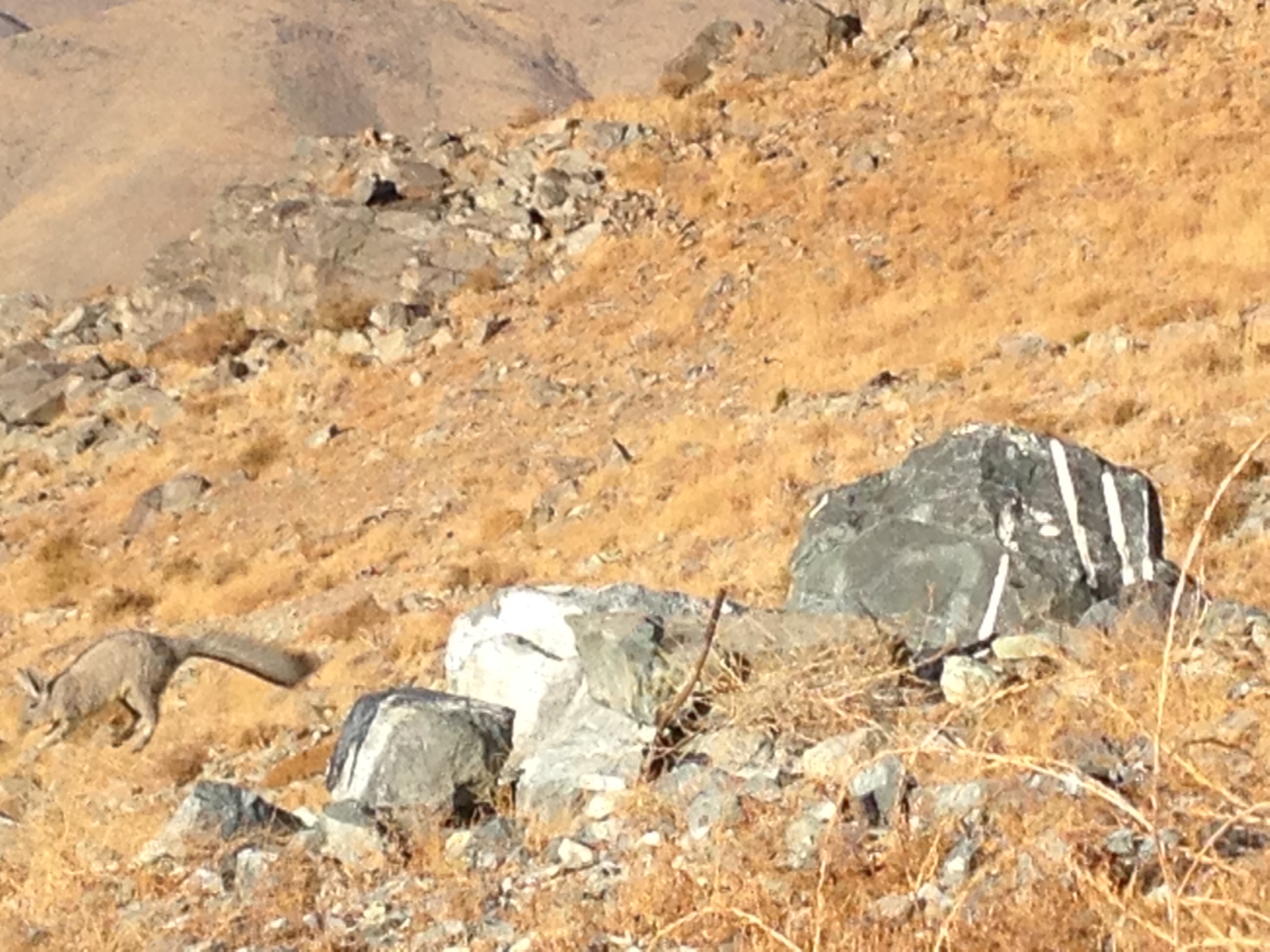 Since it was full of dark clouds tonight, here is a song about thunder…

As is tradition I’m writing the last blog. This run has been a bit challenging due to mostly poor weather. For example, there were a few nights so cloudy that only photos we actually saved were of “Hedwig” the owl landing on our all-sky camera…. Hedwig is great but we really came to look at exoplanets! Anyways by the end of the run we did get some good datasets.

The run had a bit of a rough start with the loss of our main glycol (antifreeze) cooling pump.

The ASM puts out ~2KW of heat. All this heat needs to be removed by a liquid cooling system. So we had ASM cooling system in place that pumps about 11 liters/min of glycol through the ASM. But after more than 6 years of use the pump was starting to fail. Luckily LCO mechanical engineers Juan and Carlos realized this and I gave them the spare pump that I purchased 8 years ago (because eventually all pumps die). After a bit of engineering to make sure the pump pressure at the ASM was safe (we don’t want another leak inside the ASM), the happy final result was a new pump that works very well and keeps the ASM nice and cool.

Then on the first night on sky we had some issues with a bad capacitor (position) sensor (DSP 590) that was causing strange readings and leading to diagnostic “dumps” making the system hard to use. But, adding DSP 590 to the act_wo_pos array in the elec.txt file effectively added it to the list of “actuators that cannot read positions well”. Removing this sensor and replacing the pump allowed us to have a problem free run!

So it was great to see MagAO have such a strong run. The ASM, wave front sensor, VisAO camera, and the Clio camera all worked well for the whole run!

This was something of a relief after our tough run in Feb 2017 where we had 2 electronic cards in the ASM fail and our second fast tip-tilt mirror literally “burned up”. So it seems, for now at east, we are back normal science operations.

As usual the run was a success due to the hard work of Katie running Clio (and teaching the new astronomers how to run it), and Jared keeping all the complex software running excellently. This run we also had help from UA graduate student Jhen Lumbres who was a great help running the AO system (giving me a real break). Also Kate came with an undergraduate Clare Leonard. Kate (and Clare) ran the VisAO camera while she was here giving Jared a break. Also TJ and Alycia are expert Clio observers and helped out by running Clio during their whole runs. Ewan Douglas came from MIT and we also had some new observers too from Chile — everyone was great to work with!

And of course a big thanks to the entire LCO staff who keep all of MagAO running well!

I should mention that due to all the snow and rain this winter it is beautiful here –greener than I have ever seen LCO!

Inspired by the lovely green springtime the MagAO team (Jared, Katie and I) headed out for a hike after the instrument was completely packed away. This was, in theory, a hike to see the petroglyphs in the valley carved long ago. But we didn’y really know where to go. And so it was unclear if we actually went down the right valley — but we did find a nice “bell rock” (these “special rocks” that ring like bells) outcropping that had trees (well just two trees but that is a lot here)!

And then we looked more closely at the rocks

And we saw a interesting shape carved into the rock. Below is zoom into the carved region.

Could this be a petroglyph of the ancient viscacha ?? Only the wise viscachas know for sure…

It is that time, time to go back, back to our “shack” of a lab and dream up new AO systems to build…

It has been a great recovery for MagAO from the terrible glycol leak of last year. We have now completed our first science run and it was a big success with a completion of the February targets that we failed to get last year now completed. As readers of this run’s blog posts know it was a tough run with losses of 2 DSP boards for the ASM and the loss of the PI TT mirror. But we fixed what was broken and carried on doing science. In fact, the last 5 days were straightforward with full AO uptime, and prove that MagAO is fully back in the science business.

So after 21 days and nights at LCO Jared, Katie, and I finally left LCO today. But first I got up very early because the most important piece of equipment in all of LCO is the 20 year old ISUZU flatbed truck. It spends its life running around the observatory and driving to La Serena and back. It is the only way to get the ASM from the Clay telescope to the clean room (some 500 years down the road from the telescope) where the ASM is stored when it is not used. The ISUZU had an hour free this morning to bring the ASM down the mountain! So I was excited to get the ASM down from the telescope.

Yesterday we had a super full day of complex crane and mounting and cabling work (see yesterday’s blog post by Katie). Through it all Juan Gallardo has overseen almost every single mount and dismount of Clio, and NAS, and ASM that we have done over the last 6 years! The safety of MagAO is in great hands with Juan. Thanks Juan!

I should note that the head mechanics Nelson and Felix are the key people that help Juan with all these crazy difficult tasks. Since Nelson and Felix work different tournos (week long shifts) you never see them together (except at the magical Tuesday morning when the shifts change) so here is the photo of these two amazing individuals below. These are the only guys I trust with wrenches and 5/8th bolts over my optics.

Now the ASM is all packed away till the next run. It is nice to being back to doing science with the ASM after all the repairs of the last year.

And Katie put Clio in its special office…

Now Jared and Katie are finally getting some well deserved rest in the LAN VIP lounge (where I’m writing this post).