Infrared cameras are tricky beasts, forced by us ground-based astronomers to
work while bathed in background photons impinging from every direction. Clio
is also a bit on the complicated side, working as it does all the way out to 5
microns, with two camera scales (hence a movable camera lens), two filter
wheels, and various other moving parts.

During some tests of ghosts and pupil reflections that I did with Katie
yesterday, we noticed some interesting abstract shapes. Of course, the human
brain is always keen to find patterns, so I liked this image where Clio smiled
at me with a twinkle in its eye: 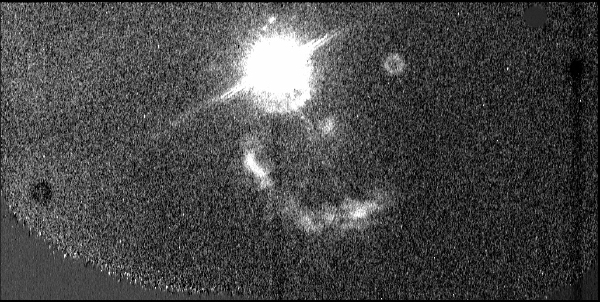 As a result of Clio’s smiles, we go for the Cheshire Cat smile and tend to keep our primary target to the upper left of the detector, which places the ghosts and reflections as far away as possible. 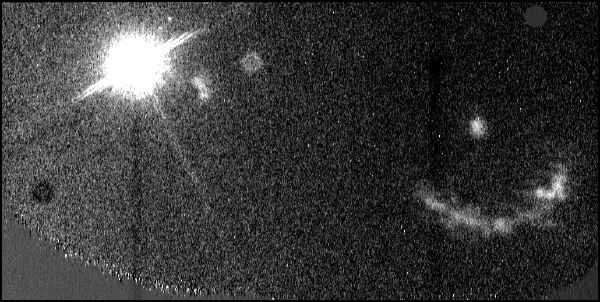 These images were taken of one of my favorite stars in the L’ filter and the wide camera, but we see the same basic patterns on stars I don’t like as much, in other filters, and in the narrow camera.

Since we’re mainly interested in science (planets, disks, etc) close to the primary star in the field, this constraint doesn’t cramp our style too much.

People always ask me why astronomers bother going to the telescope any more. Obviously, we don’t have to go to the Hubble Space Telescope (though it’d be fun). It is possible to make a telescope operate remotely. It takes a lot of money, but yes, it can be done. Ground-based telescopes face more changeable conditions (see bath of infrared photons, above) including the atmosphere (enter MagAO), and thus are even harder to automate. But to be honest, part of the joy of being an astronomer for me is collecting my own awesome data. I like the anticipation of sunset on a clear sky and the tired feeling of satisfaction at dawn. OK, I also like the sense of control.

One angst-inducing feature of taking one’s own data is having to know when to stop. We come to the telescope with lists of objects to do, usually lists that will take far longer to finish than the available time. We do on-the-fly data reduction to see how we’re doing. This leads to my, sadly proved by experience, rule, which I will here set out as Weinberger’s Law: While at the telescope, the signal-to-noise of your data will appear higher than it does when you get home.

Jared claims this isn’t true for principal component analysis reductions where
quick look reductions at the telescope have insufficient computing power. I
maintain however, that Weinberger’s Law has more to do with optimism and
impatience (get to the next target while the conditions are great!) than CPU
cycles.

We have just discovered that this is the highest MagAO run blog post EVER (for a day). It’s a good thing Clio is smiling on day 31, because there are still 8 more days of observing.

Tonight’s song was easy to choose, as it had to come from “Ghost in the Machine” by
the Police. In my opinion, Clio is female like all capable machines (see, for example, the
oevre of children’s stories by Virginia Lee Burton
Mary Ann helps Mike Mulligan, Katy rescues the town, etc.). Plus, “Cleo” is more likely to be a female name, at least in the late 19th and early 20th centuries (apparently there are no young Cleos and no baby Clios at all). 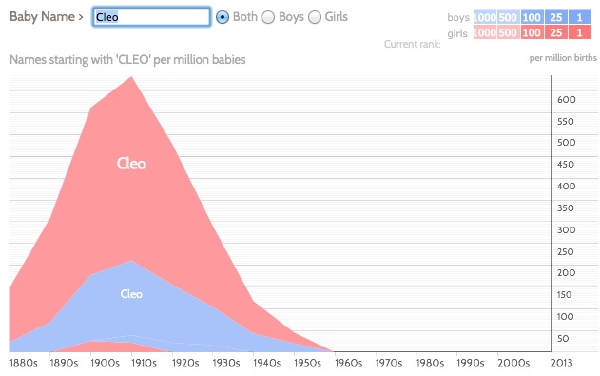 So, since Clio is a “she”, the song is “Every Little Thing She does is magic.”