MagAO’s revolutionary visible light capabilities have allowed us to directly image a planet residing inside a circumstellar disk gap for the first time. These images, of the forming protoplanet LkCa 15 b, provide the first incontrovertible evidence of accretion onto a forming planet.

In fact, the study joined two independent results from Arizona facilities – interferometric data from the Large Binocular Telescope on Mt. Graham in Arizona and direct images from our very own MagAO system at Las Campanas Observatory in Chile.

The MagAO data was obtained by myself (Kate Follette), Laird Close, Jared Males, and Katie Morzinski as part of the Giant Accreting Protoplanet Survey (GAPplanetS). The final product: images of the forming protoplanet LkCa15b glowing in the light of ultra hot hydrogen gas. This is an indication that the planet is still growing, because Hydrogen gas glows at this characteristic wavelength of light when it is in the process of falling onto a massive object – in this case a protoplanet! LkCa15 b is visible glowing in Hydrogen-alpha, but unlike our previous discovery of HD142527B, it is NOT glowing in ordinary visible light. This indicates that the underlying object is very low mass – the first true GAPplanet!

Read about the entire study, which combined our H-alpha data with near-infrared interferometric data from the Large Binocular Telescope collected by Steph Sallum and Josh Eisner, at the links below. Steph and Josh were able to isolate light from two more protoplanet candidates – LkCa15c and d, and saw LkCa15b in the same place as the MagAO direct images, providing independent confirmation of its identity as a forming protoplanet! 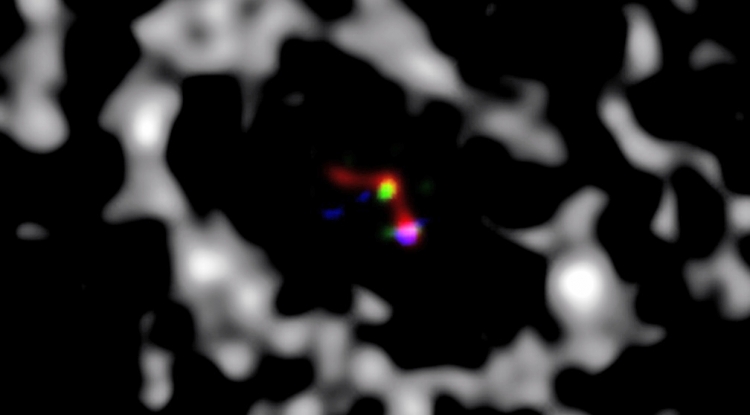