Tonight was the first science night of 2017B for the Giant Accreting Protoplanet Survey (GAPlanetS). Unfortunately, the timing of the run is such that all of our best targets are reaching their highest point in the sky as the sun sets. This is important because stars rotate the most rapidly with respect to our instrument right around when they reach their highest point, and maximizing rotation is key to our data reduction technique. For that reason, we usually try to center our observations around this “transit” point in order to maximize rotation.

So we started the night by trying really hard to lock on a nearly 12th magnitude star in early twilight. Hernan heroically acquired the star all of about 5min after sunset, but the AO system just couldn’t handle the twilight, so we moved on to a backup target. Unfortunately, seeing was also not as good as we’ve come to expect here at Magellan – hovering near an arcsecond for most of the night. We got a couple of nice long datasets in variable conditions, with occasional setbacks due to the adaptive optics loop breaking because of rapid changes in seeing and high winds.

In better news, my student Clare got her first taste of instrument operation and did a great job running VisAO for most of the night. Here’s a picture of her doing her thing. 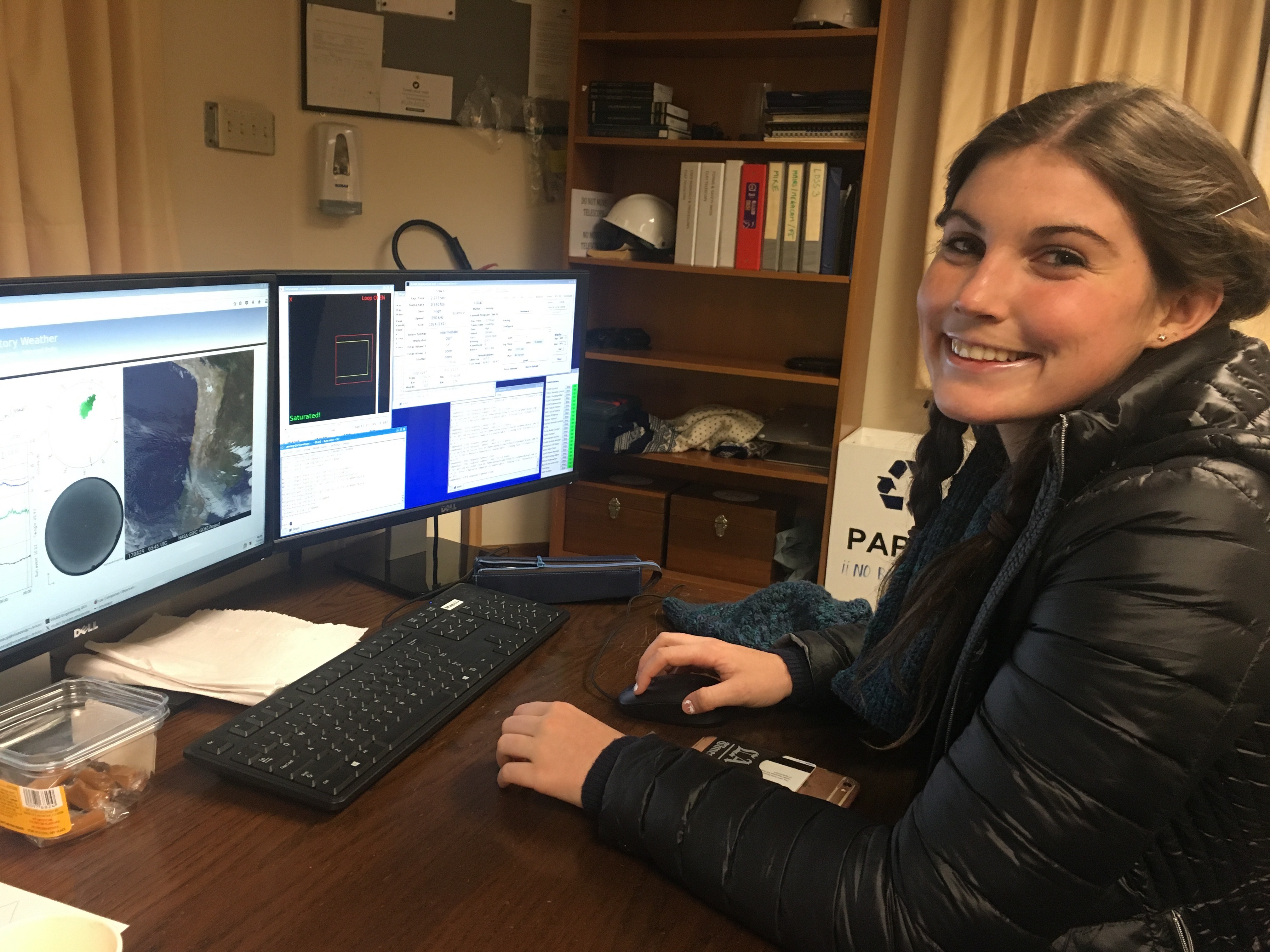 Fingers crossed for better weather tomorrow, but the forecast is a bit dire and I used up all of my good weather karma on my eclipse trip to Idaho last week, so I’m not super optimistic. In honor of that amazing event, the song of the day…