Okaayyy!!!  Allora.  The day began with some avocado slices, dos scrambled huevos, a bowl of oatmeal, two slices of cheese, two slices of breakfast cake, two glasses of fresh squeezed orange juice (delicious!), and a cafe con leche.  The food at LCO is very good and below are more pictures, for our respective mothers:

After breakfast, a view of the marine layer in the valley to the north awaited us at the telescope: 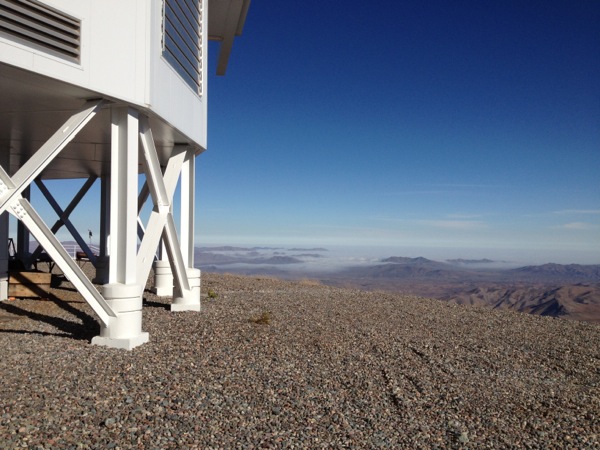 We arrived to an email from the crew from the previous night led by Laird and Povilas that told us they had managed to collimate the telescope to the seeing limit using the Shack-Hartmann wavefront sensor: a 0.55-0.6″ image on a >0.5″ night.  They then created a lookup/flexure table.

With that good news, the morning crew proceeded to the next step of mounting the Calibration Return Optic (CRO, now pronounced “crow”).  The CRO is a retroreflecting parabola/return flat optic that is aligned to the near ellipsoidal conjugate of the adaptive secondary.  Because Magellan’s Gregorian design uses a concave secondary, we can use the CRO to test the secondary off sky with a point source located at the Nasmyth focal plane.  We can also use the CRO to run the entire AO system closed loop with an artificial source during the day.  The CRO is in a small cup that mounts to a 5 axis remotely actuated piezo stage, which in turn mounts to its own truss structure.  This truss structure was assembled and aligned during the tower tests in Italy in order to locate the CRO at the ASM conjugate to a mm or so (hopefully better).  The truss is carefully passed through the secondary cage and bolted directly in front of the ASM. 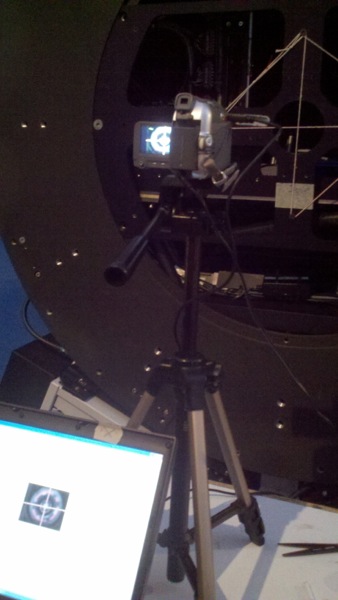 “Seven.” -Derek to Marco after counting the number of spoonfuls of sugar the PI added to his tea.

“I always lose count because he’s talking while he’s doing it.” -Armando, regarding the PI adding sugar to his tea.

“Derek, you seem a bit tired, perhaps you need some more sugar in your tea.”  -Marco

“I would like a siesta, a wonderful Spanish invention.” -Alfio

“It’s temporary, but it may become permanent.”  -Pato Jones.  Was he talking about something in particular or MagAO in general?

Some lovely pictures of the telescopes opening last night at dusk: 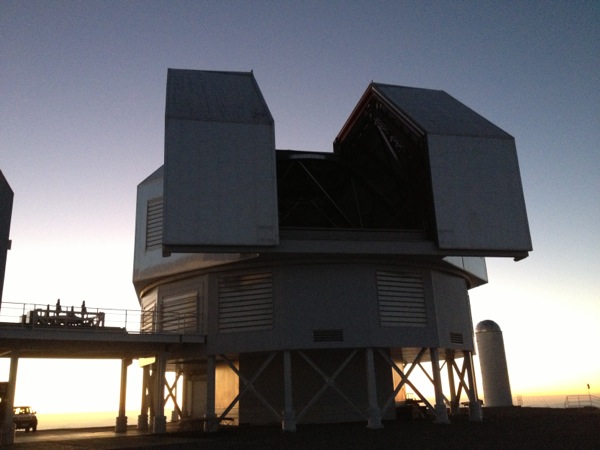