Today we are going to explore the MagAO pupils and their corresponding transforms in the image plane, courtesy of Fourier optics.

So let’s have a look at the pupil.  Here is a photo of the ASM, taken with a digital camera.  This was from before Clio was mounted, so that we just stood on the Nasmyth platform and put the digital camera where Clio is now.  The light source is the sky, and the light path is primary + secondary + tertiary.

Since we know what the pupil looks like, we can create simulated images of the focal plane by taking the Fourier transform modulus squared:

Now, Clio is an infrared camera, going out to 5 um, and so it has its own pupil mask, a cold stop.  So let’s look at the pupil through Clio, by taking a pupil image (which we did after Clio was mounted).  Here is an image of the pupil plane through the whole system, taken with Clio by putting in a powered lens to the focal plane to make a pupil image:

It’s pretty cool because you can see the 2 spiders holding up the secondary obscuration on the cold stop, but you can also see the 4 telescope spiders and the ASM slot!  Here’s just the Clio cold stop pupil mask: 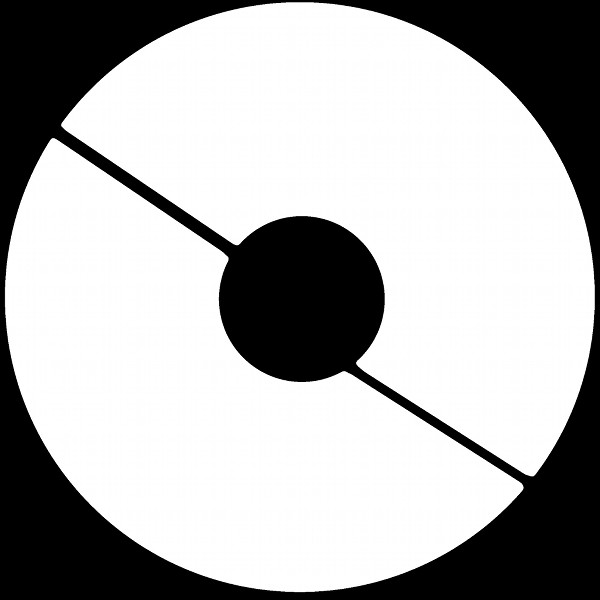 And here is its Fourier-transform-modulus-squared: The simulated PSF:

And here is the zoomed-out, saturated version so that you can better see the diffraction spikes:

The two simulated PSFs look very similar, and diffraction off the spiders and slot has a very minimal effect compared to the Airy rings.