Amelia Bayo, Pedro Poblete, and I here, your friendly observers from Chile! Unfortunately the weather hadn’t improved since the last night at the beginning.

We had the telescope closed with very thick clouds (we couldn’t even see the moon for most of the time) until about 3:30 am when the sky rapidly cleared up. We did manage to get some data for a few hours upon opening following up the astrometry on some binary stars. As we were trying to get as much data as possible during our short night, at the end of the night we were racing to beat the rising sun to close the AO loop on and observe our bright astrometric calibrator to be able to measure the position of our binaries accurately. We were able get some good data and detections for the time we got, though!

Hedwig the owl also made an appearance on the all-sky camera at the end of the night. 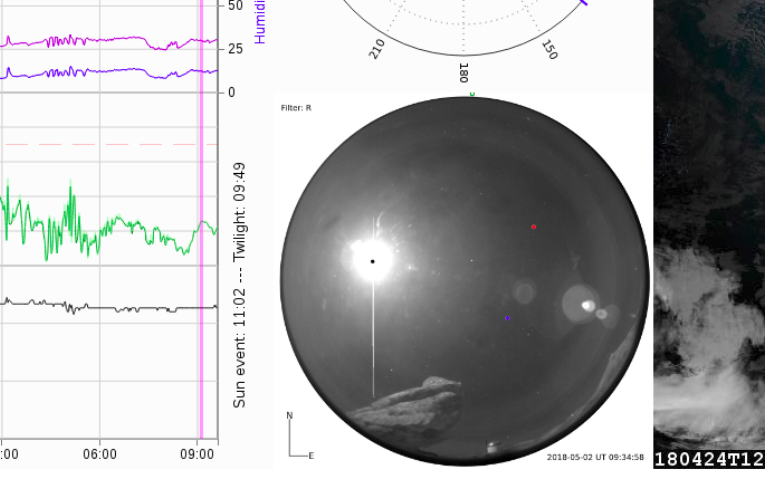 Now I’ve left to cross a few mountains to La Silla for hopefully some clear nights. Good luck to the rest of the MagAO observers and thanks a ton to the team!

Here’s for our beating the sun to finish and a better forecast for the next few nights:

(Fun fact: Carl Sagan originally wanted the song on the Golden Record aboard the Voyager probes, but it was decided against due to possible copyright issues even though the Beatles were for it.)